Thus, back to the point, C# is my first “real” programming language. As such, anything new in any language I learn, I try to think how it would like in C#. That’s why I am trying to follow also the standards in the language and see what new is coming with from the .Net Framework.

That’s why, when I have noticed the new book – C# 6.0 and the .Net 4.6 Framework (A. Troelsen, P. Japikse) of Apress.com, I have kindly asked them for a review copy and they have actually provided me with one. 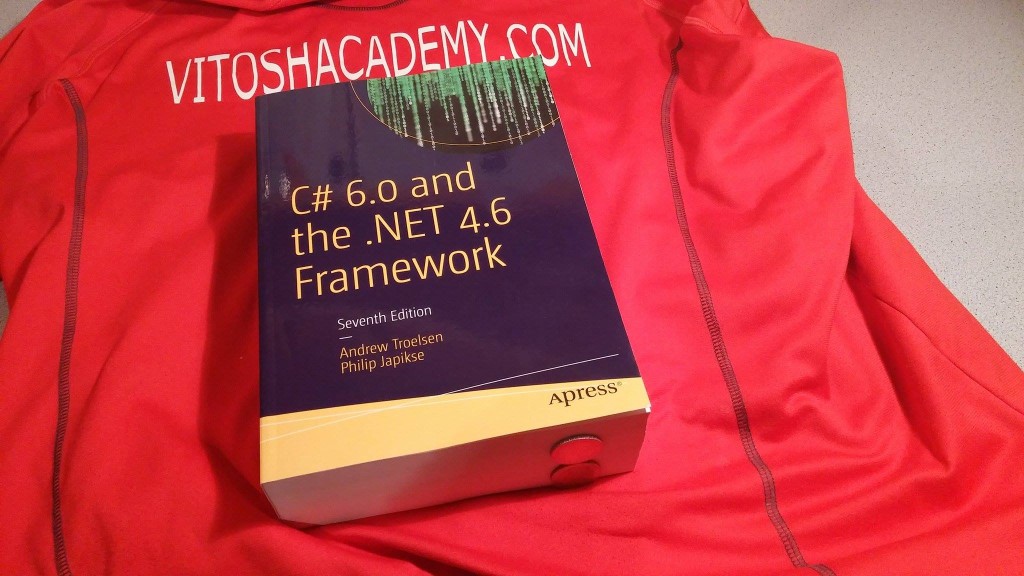 The book is really big, about 1600+ pages. If you take a look at the picture above, I have put two 2 Euro coins just for scale. It is enormous.

But, once the review is ready, it would be big as well! Probably! 🙂