My friends from Apress.com have provided me again with a great book upon my request! Thus, it is time for the review. 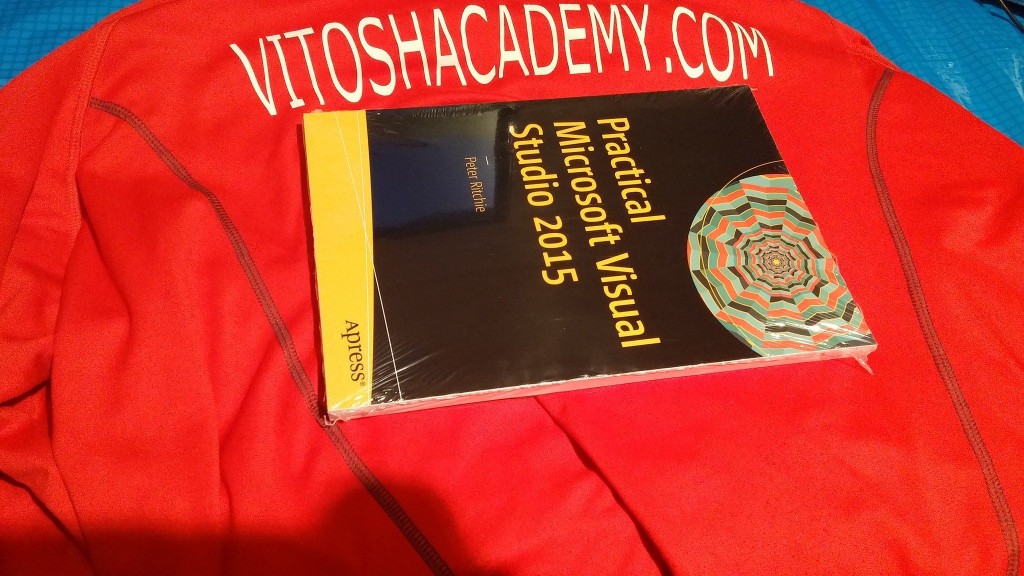 In general, I was awaiting 190 page book with Visual Studio shortcuts and quick tricks. Even, I was asking myself, do I really need this, when I was getting the book. Well, it is really away from it. The book is 90% about how to write good software and some 10% about how to write this good software in Visual Studio. I was really impressed, as far as it teaches really some best practices in Software writing and really, about 10% of it is about MS Visual Studio. Which I found perfect. 🙂

Pretty much, if you take a look at chapter 2 Working in Teams: Tasks and Code, you would find subchapters Applicable Principles and Delivering Software. In the latter, you will learn about Agile, Scrum, Waterfall Processes, Domain Experts. In Chapter 3, Version Control, there is a separate subchapter for Git, with plenty of explanation for good practices with examples. Take a look at the contents of the last subchapter – Generally Accepted Version Control Practices:

Indeed, the book goes beyond MS Visual Studio, which I find really a big plus! In general, it went beyond my expectations, because it has shown how to make a software project in general, without being narrow-minded into MS Visual Studio.

I liked the book! Indeed! Thus, no doubt, I am giving it 5 stars.