Some days ago I was checking the algorithm problems for the algorith exam preparation of SoftUni and I have decided to solve one problem.

The problem is named “Bridges” (hence the youtube link above) and is a nice example of Greed algorithm. In general, this is how the  problem looks like: 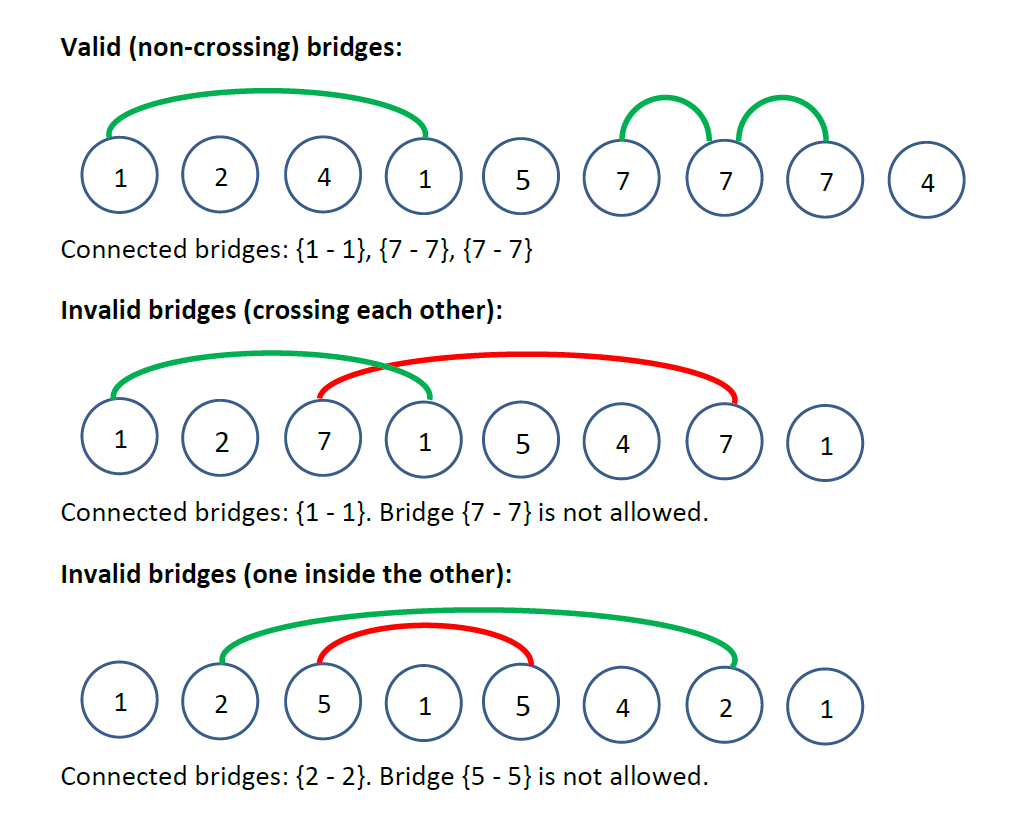 On the single input line you are given the sequence seq holding integers separated by space.

So, where to start with a problem like this? In general, as I have already mentioned, start with the greed! Notice, that what the program is interested in is the maximal number of bridges, hence a small bridge is at least as good as a big bridge. Furthermore, it requires the bridges that end as early as possible. Thus, simply start looking for those. With a simple nested loop, once we find that a point is a bridge, it is for sure the bridge we are looking for. Then, we can mark it as taken:

At the end, based on the counter bridges, we prepare our output.

The whole solution works flawlessly (and it is probably possible to make it with less variables). The complexity is N^2: