Adam Freeman has written the 7th edition of the Pro ASP.NET Core MVC 2 book. And there should really be a reason to issue the book so many times! The book itself gives my favourite way of presenting software – with step-by-step, easy to follow examples in building an MVC application. 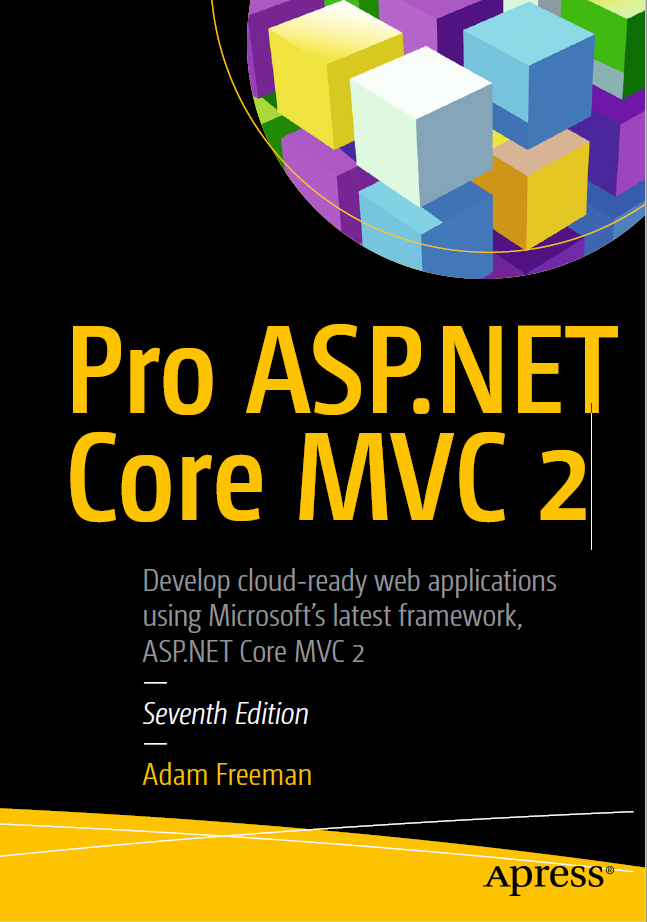 The book is divided into two parts – Introduction of ASP.NET Core MVC 2 and ASP In Details. I have only read the first part of the book, but I was impressed by it, thus I have decided to write the review now. :). Starting with the first chapter, you get some tiny introduction for the MVC. Then with chapter 2, you get to a whole MVC application. Even a small one, the fact that it is a step-by-step solution, I kind of really enjoyed it. It is not anything big, but for the second chapter of the book, it is quite ok. I was actually impressed by the solution in the chapter, I have decided to write a separate article about it and to publish a video of the example from the chapter.

MVC architectural patterns are introduced in the third chapter and the essential C# features are in chapter 4. Features such as Null Conditional Operator, String Interpolation, Extension Methods, Labda Expression, and Asynchronous Methods are found there. Working with Razor and working with Visual Studio are introduced in chapters 5 and 6. At the end, at chapter 7, there is a Unit Test introduction. I was inspired again and made my own video for Unit Testing in Visual Studio (not following the chapter). Then in the next 5 chapters an application is for SportsStore is built step-by-step, explaining every part of the code, from the initial idea, through the navigation, cart administration, security and deployment. At the last chapter of the first part of the book, Node.js, Git, Bower, .NetCore and other programs (or libraries or package managers) are installed in Visual Studio Code. Visual Studio Code is actually quite cool light-weight tool, that supports ASP.NET Core MVC, and is perfect if you need to build a heavy application, but you have a 4GB RAM laptop, which sometimes throws interesting errors for not enough system memory, whenever it is asked to read from a local database (been there, experienced that).

In general, I really enjoyed the book and I have learned quite a lot from the first part of it. I would give it the highest rank possible and I would be looking for the next one from the author/editorial house about MVC! Good job!

The code from the book is in the GitHub account of Apress here – https://github.com/apress/pro-asp.net-core-mvc-2