.Net Summit – Something interesting in Munich! :)

This week was a nice one in a way – no work and just conferencing in Munich!

The .Net Summit in Munich has gathered about 40 .Net professionals and “meine wenigkeit” was one of them.

Thus, I have participated in all lectures & workshops and now I will try to summarize them a bit. 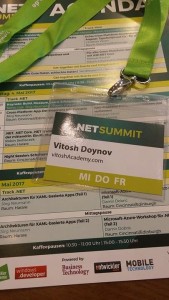 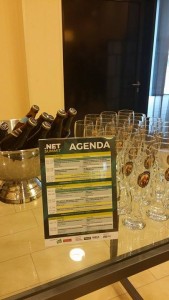 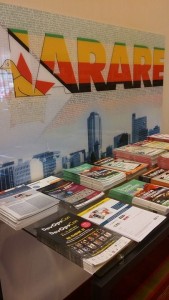 On the first day, I have participated at a workshop about Real Cross-Platform applications with Angularjs, TypeScript & Co. Pretty much, Mr. Weyer has shown how to make an Angular application deployable to any platform with the help of Cordova and Electron. Actually Electron has an interesting video-tutorial in YouTube here, showing what you can do with it:

The second workshop was for Cross-Platform Server Applications with ASP.NET Core. Mr. Rauber has built up a working ASP.NET application, starting from the sample, provided by Visual Studio.

On the second day, I have participated in a Xamarin workshop, where Mr. Neumann has demonstrated the cross platforms features of the Xamarin Platform. The workshop for Microservices-Architectures with .Net/.Net core was my choice for a second workshop. There were presented plenty of free 🙂 architecture technologies, such as Discovery, Web API, SignalR, Message Queuing, Containers, SPAs & Co. The keynote speaker for the second day was Mr. Wenz who spoke about security and major security leaks in German and World top companies. I was happy to understand the problem of the Adobe Security and to see the crossword with passwords, taken by Adobe users – https://zed0.co.uk/crossword/

On the third day I have chosen to understand a bit more about the cloud solution of Microsoft – Azure. Mr Dobric has shown the possibilities of the cloud platform and has made one step-by-step workshop.

Pretty much that is in short all that has happened in Munich. The .Net Summit was a worthy and interesting event!