How did it all start?

When I was a student at the University of Sofia, I had to translate about 100 pages of the Greek Military Codex, which was quite an unpleasant task (if someone claims the opposite – run away from him).

During the translation, I have noticed that some of the words are quite unknown for me and quite repetitive (e.g. κάθειρξη). Thus, it would have been great to have a list of all the most repetitive words in a text. 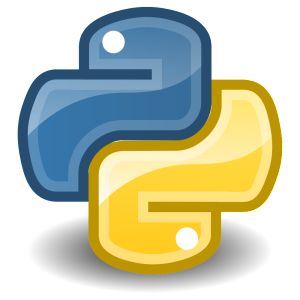 3 years later, I have tought of learning programming. One of the perks in programming is that you may write whatever you are interested in. Thus, I have remembered my own struggles and I have decided to write an ABC analysis for linguists first with C# and later with Python.

After some time, Django came into the scene for me. The only way to learn Django (and any programming framework or language or almost anything) is through practising. So, I have decided to upgrade my ABC analysis tool into something better with Django. Thus, I have decided give it a try. And it happened quite easily – I managed to build it within a day or so. Anyway, some upgrades are definitely needed (like bootstrap and better CSS, plus more functionalities), but the tool is working well 🙂

Here is a screenshot of it: 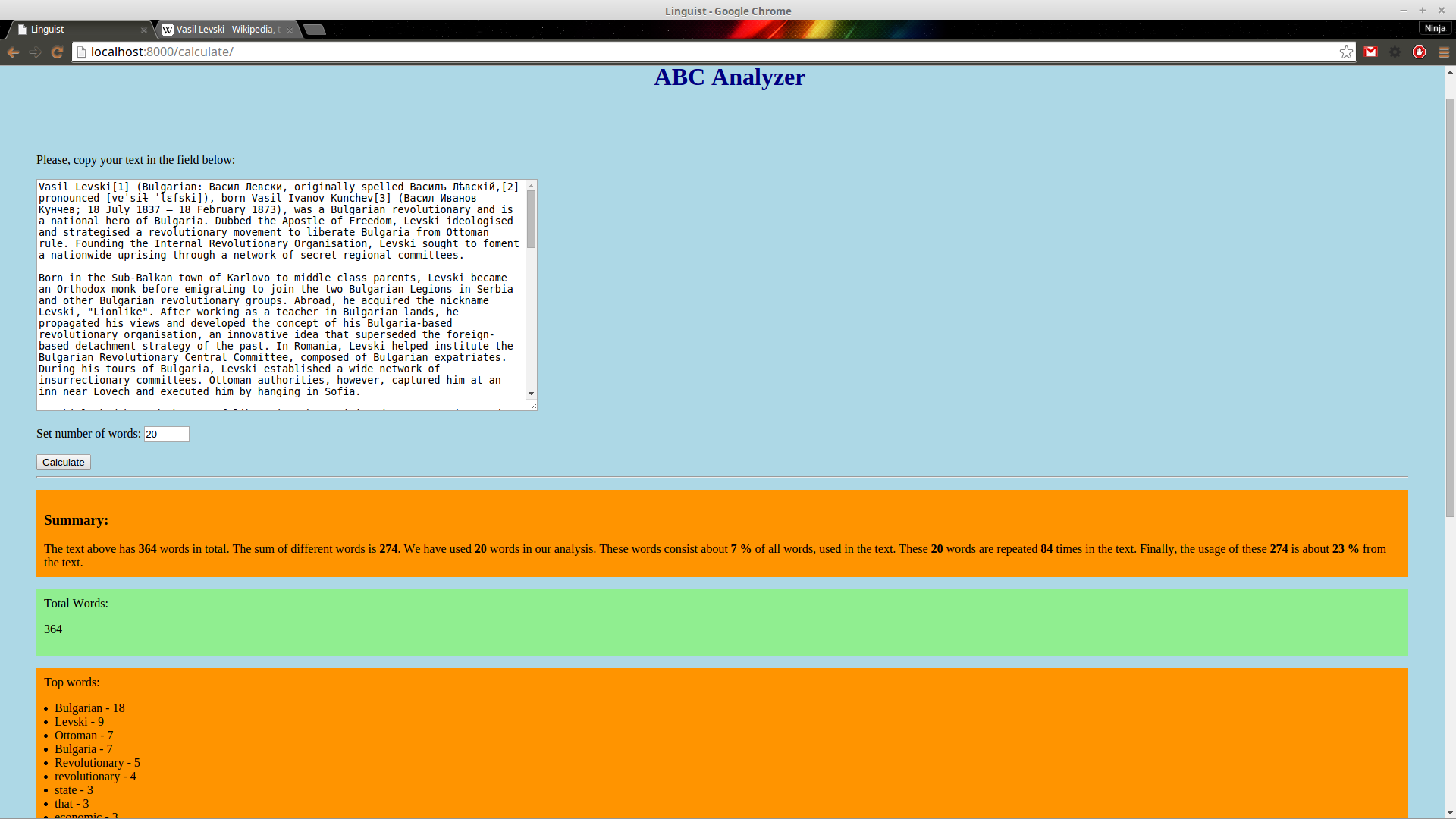 So, this is how it looks like so far. If you want to scroll down, you would see analysis options: 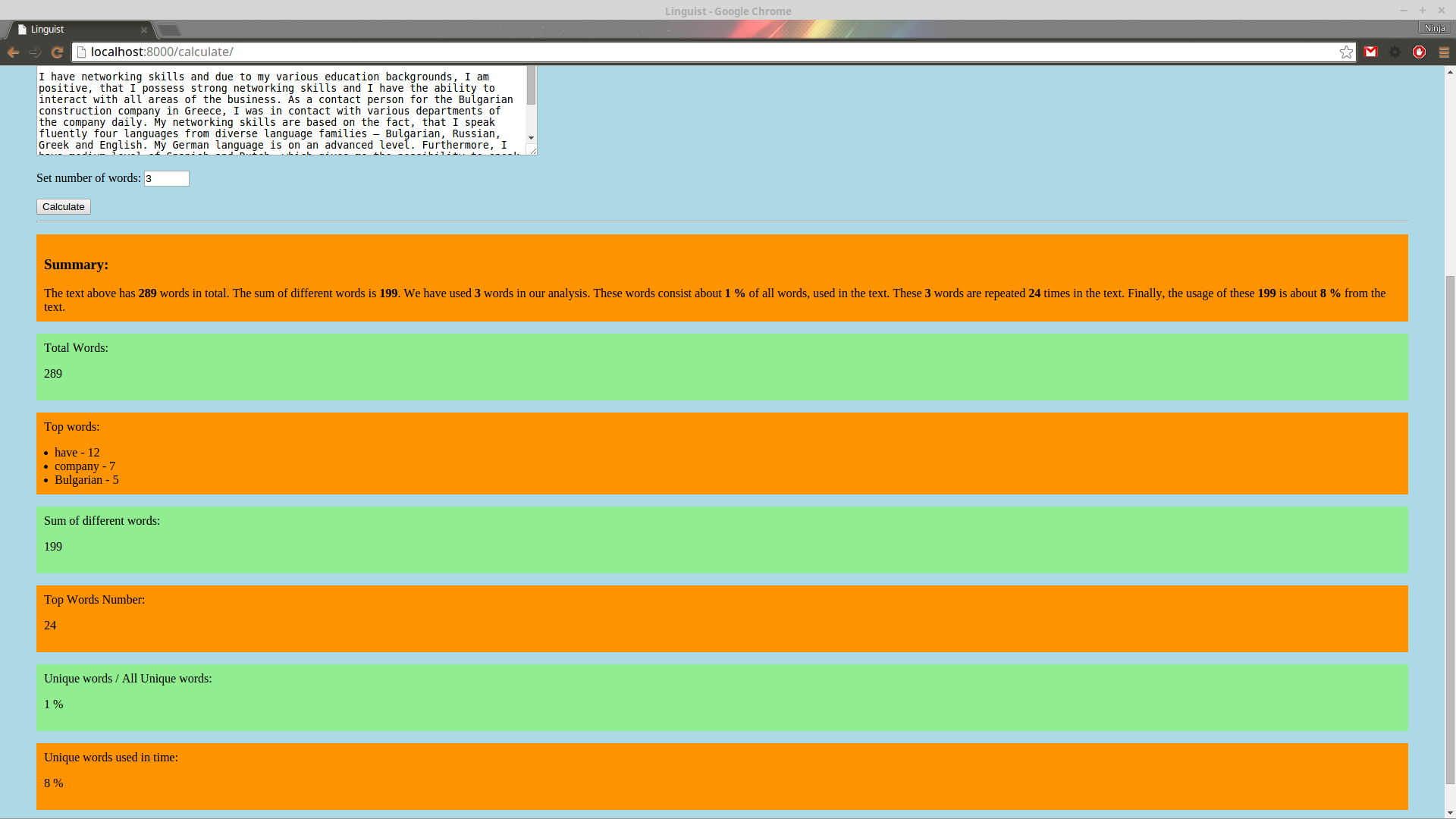 So far so good. I am looking forward to upgrade the project when I have time with some new features and cleared design (I am not color blind, I just like these bright colors) 🙂

Pretty much that is it. If you want to run the code, you need Django and Python.

Note – if you want to work this project together, hit me with request in Git, I will add them if I consider them useful and cool 🙂