Learn how to plot a correlation matrix using pyplot and object-oriented APIs in this article by Srinivasa Rao Poladi, the co-founder of krtrimaIQ a consulting firm that provides cognitive solutions to create tomorrow’s Intelligent Enterprises powered by automation, big data, machine learning, and deep learning.

Matplotlib has a three-layer architecture. The top layer is called the scripting layer, and is implemented with pyplot()  API. This API has been designed for users without much programming experience, so it shields the user from the complexities of creating and rendering the plots using the bottom two layers (artist and backend).

For complex applications that use advanced features, such as patches, collections, interactive plotting using events, callbacks, animation, and widgets, we will have to use an object-oriented API. However, it requires quite a bit of Python coding experience to leverage full potential of this API. As new versions of Matplotlib get released, more and more of these features are moving into the pyplot  API, reducing the dependence on an object-oriented API.

It should be noted that for any plot or figure, it need not be the pyplot  API or an object-oriented API; it can be a mix of both. When we have to use a complex grid structure to place plots in a figure, we use an object-oriented API. When plotting each graph individually and creating figure objects and underlying canvas, we use the pyplot  API. Once we see the differences between the two APIs, you will understand this combined use of both the APIs.

In this article, you will learn the difference between pyplot  and an object-oriented APIs. We will plot the same correlation matrix, first with the pyplot  API and then with an object-oriented API. You can find the complete code for this article at https://github.com/PacktPublishing/Matplotlib-3.0-Cookbook/tree/master/Chapter05. We will use an example of wine quality dataset for plotting the correlation matrix. You can find this dataset at https://github.com/PacktPublishing/Matplotlib-3.0-Cookbook/blob/master/Chapter02/winequality.csv.

So, let’s get started!

Import the following libraries for the pyplot  API:

Import the following libraries for an object-oriented API:

matplotlib.backends  has a set of backends that it supports. Here, we are importing FigureCanvasAgg , which provides the space for plotting the figure and maps it to the defined backend device.

IPython.core.display  enables displaying the plot onto the output device.

IPython.core.display enables displaying the plot onto the output device.

The pyplot  API code block is self-explanatory. Here is the output chart: 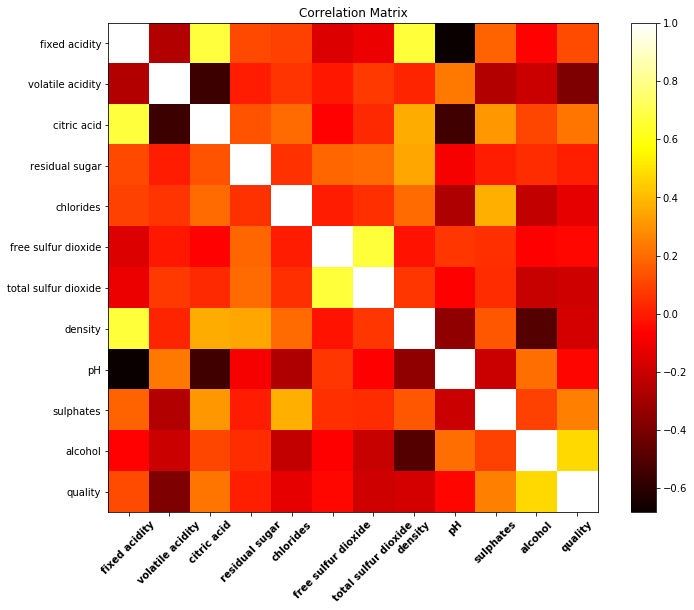 Here is the explanation for the object-oriented API code block:

Srinivasa Rao Poladi has been in the IT services industry for over two decades, providing consulting and implementation services in data warehousing, business intelligence, and machine learning areas for global customers. He has worked with Wipro Technologies for two decades and played key leadership roles in building large technology practices and growing them to multi-million $ business. He spoke at international conferences, published many blogs and white papers in the areas of big data, business intelligence, and analytics.