Sending e-mail through the internet is quite a trivial trick in many programming languages. Some time ago, I have shown how to send MS Excel range as an e-mail and how to send a mail through VBA, with HTML.

As far as now I am interested in Python, a few days ago I have developed a simple banking software system, as a respond of this task. One of the features of the bank system, was to send a password with a hashed code, if the original password was forgotten. Thus, I have registered a new account in Yahoo.Mail and I have started to spam myself in a way to learn how to do it. 🙂

After some research I found three things:

At the end, I have received managed to receive something like this: 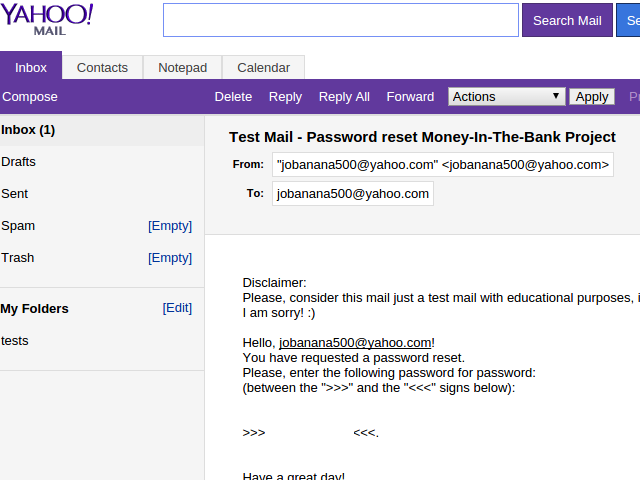 Well, that was my target, so I managed it! 🙂

At the end, as usual, here comes the self-explanatory code:

A few notes on the code: