The legend says that when the chess was invented, the inventor was asked to pick a price from the local king. Thus, he asked for one grain for the first cell of the chess board, 2 for the second, 4 for the third, 8 for the fourth, 16 for the fifth etc. At the end, there was not enough grain in the whole country to pay him. How much grain did he need per cell of the chess board?

We may calculate it easily with SQL and generate a table as well. 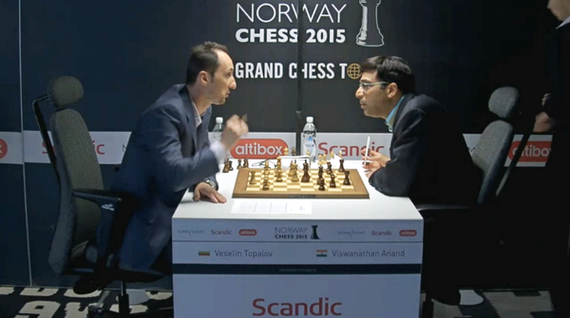 To make it easier, we generate the first value in the table like this: 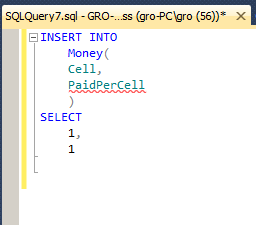 Then, after already having something generated, we design a query that takes the max value of the column and either increments it by one (for the cell column) or doubles it (for the PaidPerCell) column. In order to tell the SQL Server Management Studio to add data, we should Set the identity insert to ON, before adding it. We may set it to OFF later.

This is the result: 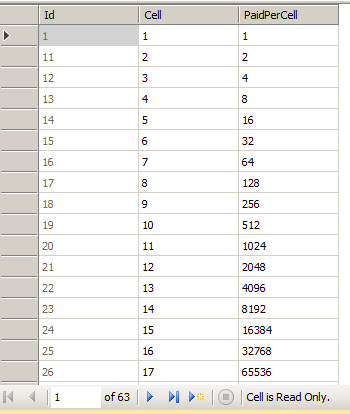 Thank you for your interest in my site 😀