Animation consists of some pictures. In general, there are about 24 pictures per second, in order to do the “magic”. This could be easily automated with Excel, using  Application.Wait (Now + #12:00:01 AM#), if we agree to make it a bit old-fashioned, with 1 picture per second.

So, in general, we are having four pictures, that are simply following each other with 1 second in between them: 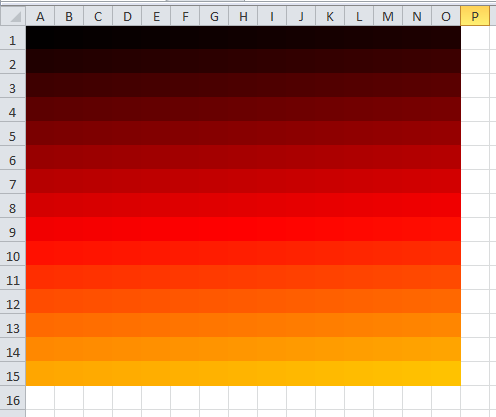 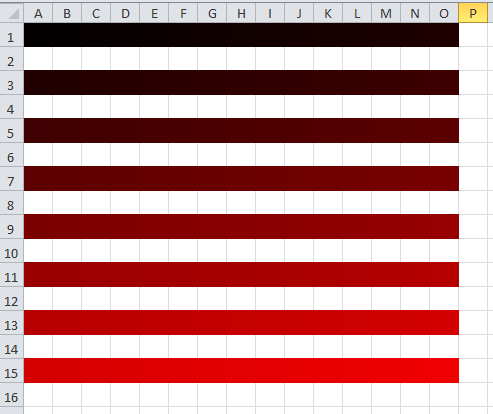 Here is the code, that generates these 4 pictures and make them loop as much as we want them:

In general, naming variables like  Dim y&, x&, r&, g&, b& is stongly discouraged by anyone, but in this case, x is a great name for the horizontal axis of the coordinate system and in such a small example,  r,g,b are quite ok for red, green and blue.