VBA is extremely underestimated programming language. I have always been thinking that there are almost no real #VBA developers, because the “real” developers do not want to do some meaningless “macro” stuff and the people who work with #VBA are only some advanced controllers or analysts. However, usually such professionals only use VBA for some small tasks and thus they never go too deep into programming. So, to summarize – those who can learn VBA and make a change in the language somehow despise it and those who want to learn it within their daily job somehow lack enough IT knowledge.

Thus, I am really happy every time I see something new showing up in the #VBA world and thus trying to bring the language one step further to the group of the nice guys. 🙂

This article reviews the AddIn AutoMacro accessible from this link  – automateexcel.com/vba-code-generator

This is what you get in your VBE ribbon after activating it:

If you click on “Procedure” you would get this form: 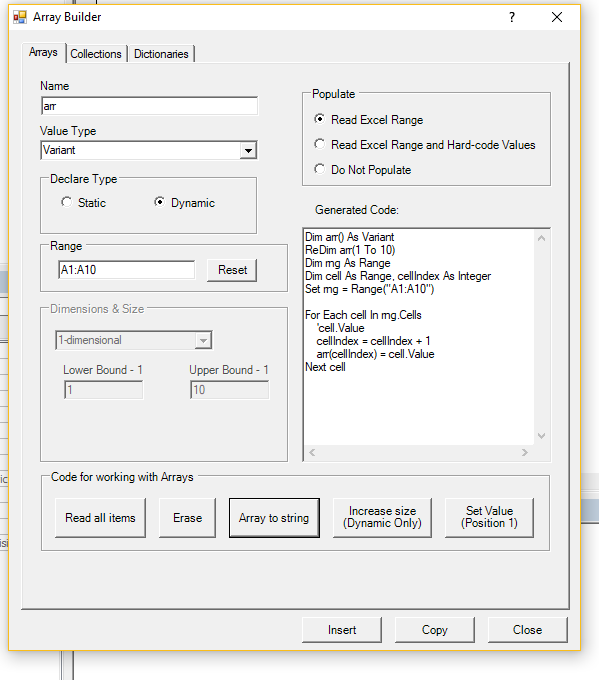 And produces this piece of code:

When we go further to the right of the ribbon, we see the following options:

The third part of the AddIn gives predefined code snippets, sorted by groups: 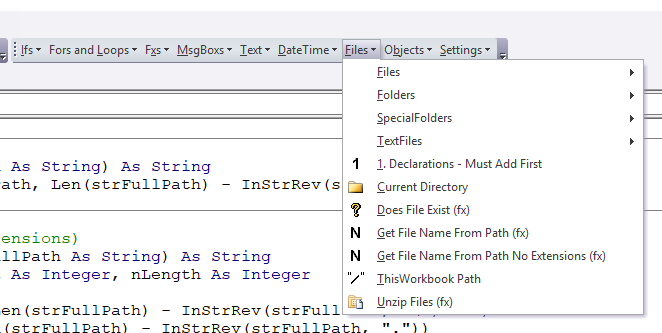 From the standard IF to not so standard Files. These are 3 functions, which I have decided to show in the article:

The last part of the AddIn is an option for saving your own CustomCode. Which could be quite useful, if you have your own snippets.

As I said, I am really happy to blog about any new #VBA “thing”. This means that #VBA is not dead and the bad jokes of R.Martin would simply stay bad jokes:

And that’s all folks!