This trivial task was given at the SoftUni exam for Java. There are not  a lot of problems that I can solve, but this one was definitely one of them 🙂 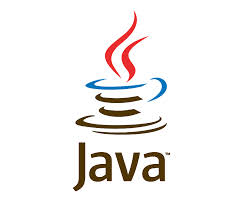 It seems trivial, but it is not that easy… The problem is that the reverse sorting in Java is a little more complicated, e.g. Java does not support it as the normal one. After some research, I simply decided to do a small cheat, giving me 100% of the points. The cheat consists of the fact, that I actually do not need reverse sorting, as far as I already know that the highest number is at the last position – thus, my solution is quite unexpected … But it worked OK, so I was happy with it. A second difficult task at the solution was the fact that we should be able to sort decimal numbers as well. I do not know why, but using BigDecimal was a little strange for me, I was trying to use some float types, but things did not work out so well. Here is my working code:

From the other part, the original code is not so cheaty, thus they make it a little useful for many purposes. What they do different, is that they introduce a second loop, that actually prints the last three positions of the array. The idea for putting two conditions in a for loop was something that I really have not seen (yup!) and something definitely useful. Here is how it looks like: