After the first two videos for C# Entity Framework (Video 1 and Video 2) I have decided to make a small one for the Code First approach. 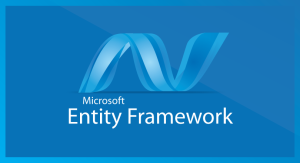 I have used the materials of SoftUni here, mainly concentrating on problem 3. Then I simply played a bit with the migrations in C# to see what they can do. In general – they do their job. 🙂

The code for from the video is mainly here. The MSDN is here. To summarize the MSDN, these are probably the most important commands:

The video is in YouTube:
I hope you have enjoyed it! 🙂